In response to Angelina Jolie Pitt’s “Diary of a surgery” published in the New York Times yesterday, I was asked what I would do. Here is my answer.

To each their own. It’s irrelevant to tell you what I would do. I can share my experience without wanting to judge anyone else’s experience. 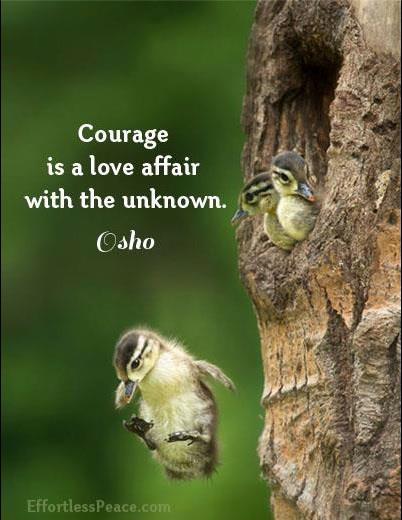 I had breast cancer. The first cancer scare was at about 18. A tumor on my nipple. With a local anesthetic, I had it surgically removed. Next I had a growth in the same spot nearly two years later. The second time around the surgeon said he needed to cut and explore deeper, that it may leave a scar and that it may interfere with future breast feeding. He also said that some moms can breastfeed with only one breast, and that the tissue of the nipple is much like scar tissue, so that if anything would be visible, it would be minimal. Again under local anesthesia, I underwent surgery and a biopsy. In the chair I had a vision of myself with a perfectly healthy and capable nipple as the surgery took place. I remember the surgeon being very skilled and with excellent “bedside manner”. He had a sense of humor too. “You better stop laughing now because I do have a razor sharp scalpel in my hand, and could accidentally slice up your nipple here.” Boy did I stop laughing fast! But not smiling. I underwent this surgery smiling, knowing I was in excellent hands here.

Fast forward 20 or so years. Three kids I was able to have as nature intended. Breast fed without a problem, with the help of two flawless resilient nipples. I was still nursing my youngest who was an infant at the time, when I had a cancerous mass in one of my breasts.

I went to see an MD, who also was an ND (Naturopathic Dr) and a doctor of Bio Energy Medicine. Living in natural surroundings, natural child birth, etc. brought me back in touch with the laws of nature. So any doctor that I was going to see, in my perspective also had to be able to see all of me.

She made the diagnosis like any doctor, but everything else was different. She said: “We can have this thing cleared up in a matter of days if you are willing to work through it, instead of aggressively fighting against it. Cancer is an inflammatory response that can be expressed in various ways. It feeds on fear, which is why I like to call it ‘puss dis ease’. Sometimes it is viral, sometimes it is parasitic. Yours looks more like an ingrown pimple. Never underestimate the miracle of the human body. It is a matter of feeding it the correct triggers, and it will respond accordingly.”

She did see all of me, including my intuitive resources, crystal therapy work, and my ability to self heal. We listened to each other and came up with a plan of action.

1 Nutritional intervention. I went on a liquid, alkalizing superfood diet, juicing for 5 days. After that I still cut out white flour and grains for a while. Nothing else was different as I have steered clear of refined and fake sugars for a long time already.

Anger is an acid, that can do more damage to the vessel in which it is stored, than the object on which it is poured. ~ Mark Twain

There was a massive amount of unresolved anger which had grown into a quiet rage. I was guided to work through this gently, and take ownership of my part in everything that lead to the situation at hand.

The work included forgiveness and repatterning of Love in relation to self and all. This, I was able to see clearly, did not mean I had forgotten acts of violence and related injustices. It meant I released myself from the game of victim and villainhood. It helped make the unconscious (unknown, unresolved) conscious and only required work on my part as part of a whole. Spent quite a bit writing it out of my system in letters addressed to those I harbored anger at, with the intention to release that too. I burnt the letters outside on my patio, blessed water (representing honoring all emotions with reverence, and recognizing –also with reverence –that the greatest part of physical matter actually consists of water) and poured it over the ashes. I found myself whole without needing permission or apologies from anyone else. I kept a vision of excellent vibrant health.

My armpits released a green acid (visible in a previously white and now ruined shirt). It burnt my pits: they were bright red! I lovingly put calendula cream and watched the skin of my armpits peel and renew itself.

Eventually I did receive apologies, even without asking for it. Consciousness is a beautiful, collective thing that doesn’t really need any nudging or manipulation. My breasts have been happy and healthy ever since.

I continue to massage my breast tissue and surrounding area, (sometimes with my hands, sometimes the massage pulse from the shower head) lovingly, always lovingly. and when I feel like it, also do a few simple pressure point releases.

PS: Angeline Jolie Pitt – and her beautiful family – have my best wishes. In her shoes I would BE her, and do the exact same thing. There are all kinds of courage, and I imagine going through the things she has obviously lived through took loads of courage too ❤

Here I am thinking how I would love it if for the one day we celebrate international women’s day, we could all refrain from putting other women down… Even – or maybe especially – the ones who may have felt pressured to forget they are women.

Love to ALL women everywhere. May we honor each other’s journey. Many of us are still learning how much Love, honor and respect we can allow. There is much giving in receiving, and the other way around is equally true.

Yesterday, my middle son was home with a persistent cough. Anti-inflammatory turmeric and ginger went in a smoothie, along with a bosc pear, spring greens, a tbs of flaxseed, cashews (soaked), water, and cinnamon. While he was up the night before, coughing, I never heard him even once last night. Was delicious too, just a great balance of warming spice and sweetness. 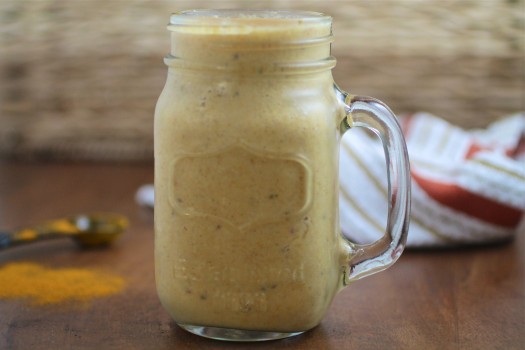 Herbs are potent. Fairly recently I was at a GI specialist with a loved one. The doc happened to be Indian. After a grim diagnosis for which there is no known cure in all of pharmaland, I was hopeful to bring up herbs. Apparently he was much estranged from the Indian Ayurveda tradition. He finally looked away from his computer screen upon hearing the word “herbs”. A look of absolute horror on his face. How dare I bring it up?! “After 30 years in practice I think I know what I am talking about. Herbs are dangerous!!!” His voice thundered. “Diets don’t work either. The only way to deal with this potentially serious condition is to manage it with medication. Yes, drugs are always toxic, but you have to know that in this case benefit always outweighs the risk. It will occasionally send the condition in remission. The upside is, no dietary restrictions. Truly the best thing!”

Suffice it to say the loved one and I exchanged a few grins (“herbs are dangerous”, still echoing) while the doctor was glued to his screen again, browsing for the ideal combination of drugs. Without ever as much of of an acknowledgment from his customer, he went ahead ordering a prescription @ $700.

We both knew it was senseless to even pursue any further discussion. Thankfully we could look up the insert for the toxic combo he prescribed. According to the manufacturer’s insert the drug can cause the very same symptoms they claim to “manage”. Suppositories no less. May seem like a good idea to avoid further GI irritation, except you cross the blood brain barrier. Plus it means foregoing the immune response from the digestive tract. The list of side effects was staggering, and included chronic diarrhea, nausea, headaches and cancer. Buyer beware.

It’s amazing what freshly extracted organic herbs, vegetables, seeds and nuts can do in terms of providing all the essentials and restoring health. And I completely understand how this doctor was trained to say that herbs are dangerous. To loose too many educated consumers is a dreadful thing for an industry that relies on using scare tactics to push toxic drugs.

Nutritional knowledge is much needed to bring balance and restore health in many who are craving it, and who just need to learn new ways of achieving it.

Doctors are great for emergency medicine and diagnostic expertise. Troubling though, that in all their years of medical school, they barely spend two weeks on nutrition. That is, according to several doctors who shared that info with me. These are doctors who were seeking, and found additional training in other modalities so that they can offer their clients more then a patient/doctor relationship. A way out of chronic illness.

“UC is a lifelong condition, taking medication as prescribed by a physician”. So noted. Thank you.

As cat fights continue on social media and human rights are violated left and right here in the “Land of the Free”, ills of society so much in our faces, it’s easy to get side tracked from what is real anymore. More then once have I pondered over the parallels between the icicles that have draped the gutters of homes and buildings all over too much of the American landscape, and the chilling political landscape that is so obviously showing signs of a systemic inflammatory response syndrome.

This morning I had to deal with car insurance matters, and naturally it cheered me none. New company, new policy. The list of “required” proof of this and that was beyond anything I had ever seen before. So I get pissed. I rant. I put in a call to the insurance broker, and leave a message. And afterwards I go on, muttering under my breath: “A marriage license?! Got a marriage certificate. And 20+ years of marriage. You’ve got to be kidding me! I don’t believe a license is required here, nor do I believe any other of these rules apply for that matter. That’s just something I was born with. So after a few more choice words I give it a rest.

A few interactions with friends and clients (in the business of empowerment it is perfectly appropriate to mix the two) from Ithaca, on Facebook,
the mood shifts into one of absolute joy. This is one of those triggers.

Just my kind of medicine. I let my friends know just how much I love them, thanking them for making my day. Once the mood changes, everything changes.

And then Jeremy from the insurance brokerage returns my call. I couldn’t help but laugh about the absurdity of what the insurance company was asking. Guess what?! Jeremy agrees and tells me “Not to worry. I’ll call them and have all that waived. All I need is the NY State required e-site insurance inspection report.”

One big smile erupts. “Awesome Jeremy! Thanks so much! I’m just about to scan in that report to send it to you.”

“Great. If you don’t hear from me you’re all set.”

Jeremy was kind enough to send an email to confirm that, yes, I am all set without shenanigans.

So to you, reading this, I like to say thank you. Keep sharing what is going on. Share how you are coping in these crazy times. Remember: be the change. When the going gets tough, don’t hold back, shake off everything that is not soul to get back in touch with what matters to you. Let nothing and no one take away your power to be who you are ♡