With thanks to Orange Ankh aka Jennifer, who created this youtube.

“The Root of the Root of Your Self” Poem by Rumi.

“Happy Chinese new year, the year of the dragon. Ask the dragon to breathe the fire of change into your life, and turn off the fences that you have allowed to surround you and your beliefs.

This year’s element: water. There is room for emotions. To be acknowledged and accepted as friends with unconditional love, courage and compassion, without identifying with them. Rather important if you, like me, have chosen to let go of beliefs that no longer serve and are excited to learn new things!

It’s promising to be a significant, powerful year. 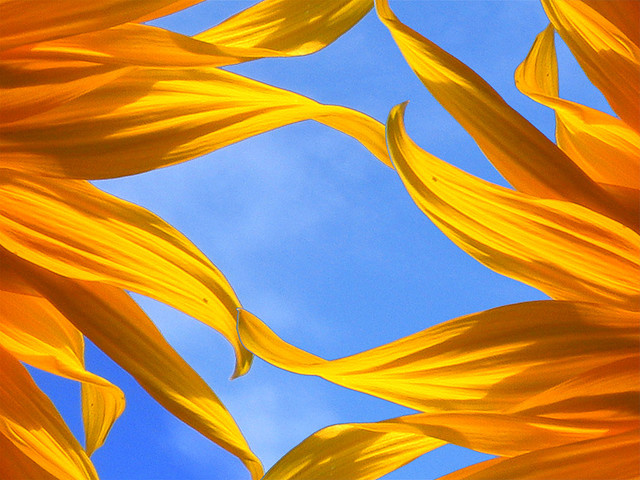 Earlier this month I touched on the topic of having a theme for the year, to allow for easier manifestation of dreams. The theme I choose this year is for it to be Lighter and Brighter. This, I realize requires a lot of letting go. Speaking of dreams, I had the most interesting dream yesterday during an afternoon snooze. My husband woke me up just as the dream completed, and I loved that he woke me. “I just kissed Johnny Depp” I told him. “And I didn’t want to, or like it at all.” “Guess I woke you up just in time then”. I told him my dream.

Johnny Depp and I were rehearsing a few scenes. (Yes I was suddenly an actress :-)) The first scene I was asked to make fun of Johnny’s character. I enjoyed it very much, but JD wasn’t too happy with it. He said: “Doesn’t turn me on much. You have to be a whole lot meaner.” And so I got so mean that I was disgusted with it. JD had a very strong hurt reaction, and then told me he knew a few Dutch words and if I wouldn’t mind he’d drop a few here and there in conversation. Told him I didn’t mind of course. So he says: “Let’s kus (kiss).” And I “I’m good in the kissing department. All taken care of.” “But I’m not. After all you really hurt my feelings. Least you could do is give me a little kus.” Of course I oblige, as he smells and looks pleasant enough, and the kiss is just slightly lingering, mouth closed on my part, but it is just awful. Something stingy touches my lips from his half open mouth. As if I was kissing a huge fly, thin, nearly invisible spiky hairs stuck out of JD’s teeth. Then he removed a set of invisalign braces and showed the tiny spikes in between the teeth, as if it were a self installed defense mechanism.

Next I call my cousin who called just before Joe woke me and as I have her on the phone the meaning of the dream downloads. Self installed defense mechanisms certainly do get in the way of intimacy. And the good news is, since it is self installed, it can be uninstalled. The location: teeth, has to do with identity. Stop identifying / taking things personally. So simple. Shared that with Joe too afterwards. Certainly ready to let go. 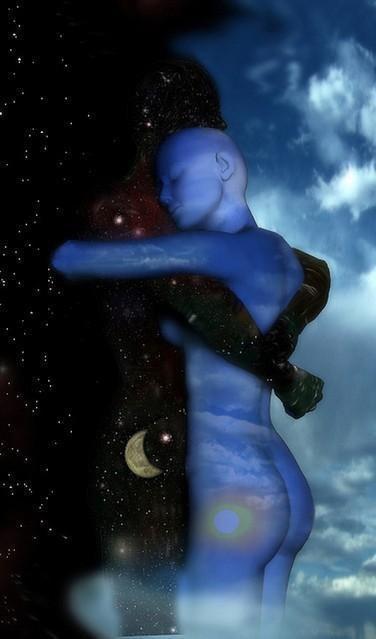 Just received an invitation to listen to a radio show (see link below). Not surprised that the message resonates. Individual “resolutions” were not doing it for me either. This year’s theme for me is for it to be Lighter and Brighter, and in order for that to happen I realize more letting go (Lovingly) is in order so I can be Lighter and Brighter. Nedda Wittels is a profound teacher and mentor, with whom I chose to study Shamballa MDH, finally stepping into my own mastery last Summer. I am listening in tomorrow to hear one of my favorite spiritual rock stars, and invite you to do the same 😀

Central in this year’s musings about being Lighter and Brighter is to integrate the dark, the shadow aspects of self and lovingly let go of judgments around them. Light and dark need each other, too much of one or the other, and where is the contrast to harmonize the two? As our thoughts create reality, it is important to continue to use discernment, and ask the question: who does this serve? When it serves all it includes self, and certainly will contribute to a Lighter and Brighter reality. This is just my inner radio show. I’m sure it will be worthwhile to tune in tomorrow and hear what Nedda has to share about the subject of  choosing your theme for 2012.

http://www.blogtalkradio.com/spiritualrockstar/2012/01/17/what-is-your-theme-for-2012 If you click on the little clock  next to 12:00 PM, you can set up reminders so you’ll know where and when to tune in.

We are all (spiritual) rock stars in our own right. Some of us even get away with a very bad accent when speaking/singing in French, managing to make it sound charming. Shine on fellow rock stars!

Meet teen Henry Miller, who found out about colony collapse disorder in bees and then decided to do something about it. Circumstances were ideal for him to receive this information and then to get a hive from his parents and get started. Henry has now received recognition as a young entrepreneur, and those stinger taste varieties are asking to be sampled! Check it out!